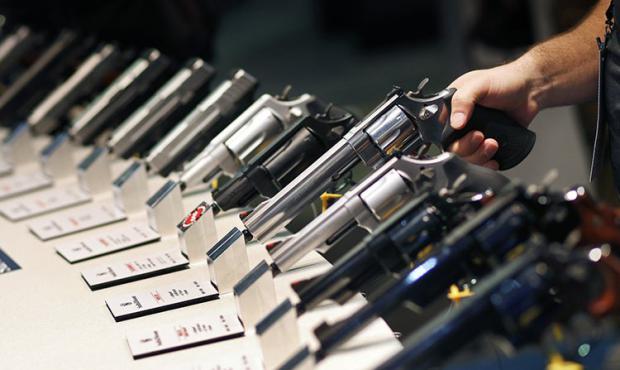 "Sales have definitely been brisk, especially of small concealable handguns. We also saw a spike in sales of tactical rifles like AR-15s and AK-47s, for which I think we can confidently thank Beto O'Rourke," Justin Anderson, marketing director for the North Carolina-based Hyatt Guns, told the Washington Examiner.

O'Rourke, a former U.S. representative from Texas, shouted on the debate stage over the summer "hell yes" when asked if he'd seize guns if elected president. O'Rourke later dropped out of the race, but other candidates have said they'd focus on gun control, including former Vice President Joe Biden, who has proposed banning 9-mm handguns, a popular handgun that's used by numerous law enforcement agencies.

"It seems to me that Biden is preying upon the ignorance of his base by making such a ludicrous suggestion. Black Friday looks to be a huge day for the gun industry, building on what is already a record year for sales. In addition, with so much competition in the marketplace, retail pricing is as low as I've seen in over a decade. My message to consumers thinking about buying a gun: Pull the trigger!" Anderson told the Examiner.

But the thing we really need is a surge in home manufacturing of potentially lethal guns - that could be used as weapons when necessary. A private gun sale isn't a weapon sale if your don't agree with the judge that it is a weapon sale. It's private. Search on Private Membership Association, and turn your private business into one.