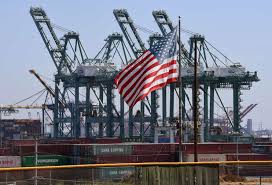 Darryl Meattey says he voted for President Donald Trump in 2016 because he believed Trump would stick up for "the little man"—including small businesses like the one Meatty runs in Troy, New Hampshire.

Now, Trump's trade war might be driving Meattey out of business.

"I thought he was going to be different, but these tariffs are killing my business," Meattey, the owner of Surell Accessories, a manufacturer of cold weather apparel including gloves, hats, and scarves, wrote this week in an op-ed for the Concord Monitor. Tariffs on imported goods from China have amounted to a $500,000 tax increase on his businesses, Meattey writes, and have caused sales to decline by about 10 percent.

Despite the president's rhetoric, American businesses and consumers are bearing the brunt of the trade war with China—as a variety of studies have shown. For them, the next few weeks could be critical. Trump's promised "phase one" trade deal with China, announced in mid-October, has yet to materialize in any detail. Unless a deal is actually struck, the Trump administration could follow through with the threat to impose another round of new tariffs—covering everything not already subject to other tariffs—on December 15.

China is seeking a commitment from Trump to roll back tariffs as part of the "phase one" deal, and the White House has reportedly been unwilling to make that promise. Raising tariffs yet again would seem to make a deal even less likely in the short term.

"I'm not sure we're going to get a deal done by December 15," Myron Brilliant, executive vice president and head of international affairs at the U.S. Chamber of Commerce, told CNBC last week. He said both sides need to be willing to accept compromises: China should not expect the U.S. to suspend all tariffs as part of a "phase one" deal, while the Trump administration should be willing to suspend the planned December tariffs and roll back some others.

If that doesn't happen, it will mean more pain for American retailers. The set of tariffs going into effect on December 15 will hit a wide range of consumer goods—everything from children's toys to laptops, gaming consoles, and other home electronics. The Trump administration originally planned to impose those tariffs in September but postponed their effective date to avoid hitting retailers and consumers during the holiday shopping season. The decision to postpone is an admission that Americans are indeed paying for the tariffs, and an indication of how potentially damaging the so-called "List 4B" tariffs could be to the economy.