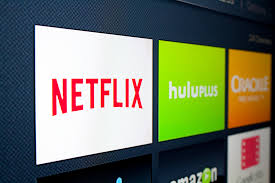 There's a revolt taking place against entertainment streaming services like Netflix, Hulu, and Disney Plus, all of which are threatening to pull their television and film productions out of Georgia and other "red" states for enacting "heartbeat" bills to protect the lives of the unborn.

Reports indicate that there has been a "Red Petition" circulating as part of a nationwide effort to hit these services where it hurts them the most: their bottom line. Many people have already canceled their subscriptions to Netflix, Hulu, and Disney Plus, we're happy to report, and many more are joining them every single day.

As of this writing, Netflix has lost more than $354,000 is subscription dollars, while Hulu and Disney Plus have lost more than $100,000 and $47,000, respectively. The goal, of course, is to deprive them of as much money as possible to send the message that we're no longer going to tolerate their aggression against morality and decency.

"The mainstream media and entertainment companies have come out in full force against conservative values and it's time we show them that our voice matters," the petition reads. "Perhaps they just don't realize how much the conservative audience is worth?"

Besides endorsing baby-murder, these companies, and especially Netflix, are guilty of poisoning the minds of millions of people by promoting pedophilia and the sexual assault of children, including with programming that sexualizes young children by encouraging them to dress up like drag queens.

Meanwhile, Netflix sees nothing wrong with filming in Egypt, where not only is abortion prohibited, but women are also oppressed. It's the epitome of hypocrisy, and it seems to be geared specifically at punishing conservatives in the United States for valuing unborn human life and opposing Hollywood's pro-death agenda.

"Those of you who already did cancel one of these services for political reasons can still fill out their form so they can keep a running tally of how much the sermonizing Hollyweirdos are costing their bottom line," the petition adds about the importance of signing it.

"The numbers are climbing every day, but if the president tweeted this out, imagine how much worse it would get for these companies. That would be some good entertainment."

For more news about the leftist obsession with abortion, be sure to check out Abortions.news.

If you're looking for a family-friendly alternative to Netflix, Hulu, and Disney Plus, check out Pureflix

In lieu of using these far-left streaming services, many people are switching to Pureflix instead, which PJMedia.com writer Megan Fox describes as "a family-friendly service that won't push socialism and abortion and other debauchery."

"It seems that American companies should be held accountable for trying to harm American states," Fox contends.

"This seems to be something the president might want to get involved in and apply some pressure. He recently told people to cancel AT&T."

PJMedia.com commenters seem to agree, as at least one of them noted that there was once a time when companies simply offered services without entering the political fray with their own opinions. Those days are long gone, but that doesn't mean that consumers don't still have a voice in trying to patronize the ones that respect freedom of speech and freedom of choice.

"Major corporations used to never directly wade into the waters of sociopolitical issues, but this really started to change several years ago with the gay marriage push," this commenter writes.

"My hope is that states like Georgia fight them tooth-and-nail. The alternative is to have the internal policies of states be run by leftist corporate boards of companies based in California. That rips at the very heart of democracy, and should scare everyone."