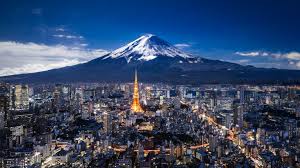 Well, as of today that number is in danger of becoming far, far smaller in the coming days because the one single bond tranche that represents the biggest component of global negative debt, Japanese 10Y bonds, is on the verge of flipping to positive yield territory, for the first time since April.

In fact, overnight the 10Y JGB yield rose as much as just 0.8bps away from 0 following what was the lowest bid to cover for a 10Y auction since August 2016.

So what gotten Japanese bondholders spooked in recent days? The answer: joining the rest of the world in pushing for  even more debt, Japan - which currently has a debt/GDP of about  250% - is preparing an economic stimulus package worth $120 billion to support fragile growth (i.e., a debt-funded stimulus), according to the Nikkei and Reuters.

While the package would come to around 13 trillion yen ($120 billion), it would rise to as much as 25 trillion yen ($230 billion) when private-sector and other spending are included. A similar stimulus in the four times as large US economy would be roughly $1 trillion.

Some details: the 13 trillion yen includes more than 3 trillion yen from fiscal investment and loan programmes, as the heavily indebted government seeks to take advantage of low borrowing costs under the Bank of Japan's negative interest rate policy. In other words, the government is hoping to kick start a lite version of MMT, and with everyone else begging Abe to be the world's MMT guniea pig, it just may work (if only for a bit). Direct government spending is expected to reach around 7-8 trillion yen.

Inside the fight over FBI surveillance powers