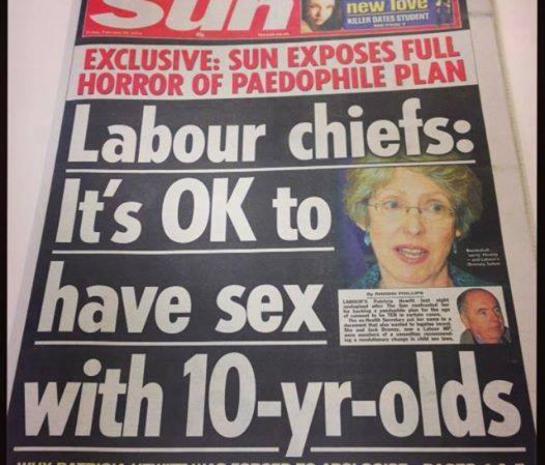 Poland looks to protect children from sexual exploitation, but the citizens are facing opposition from the EU

According to the Polish Constitution, the citizens can submit their own referendum and call it to vote. Poland's "Stop Pedophilia" bill holds public schools to new standards, preventing school officials from promoting sexual activity to minors under the guise of "education." Over 265,000 Polish citizens have signed the measure, demanding new standards for sex education that protect children from sexual exploitation.

Disturbingly, the members of the European Union Parliament are contesting the bill, violating Poland's sovereignty in the process. The EU wants to stop the bill because sex education is a matter of "access to health, including sexual and reproductive health." In fact, 471 MEPs voted to condemn Poland's "Stop Pedophilia" bill. These leftists in power claim the bill violates "human rights" because the bill supposedly criminalizes sex education to minors. Here's the passage that the EU members have overwhelmingly condemned:

"Anyone who promotes or approves sexual intercourse or other sexual activity by a minor, in connection with performing the position, occupation or performing activities related to upbringing, education, health care or care of minors, or operating on school premises or other educational or child care institution, is liable to imprisonment up to 3 years."

The citizens of Poland are fed up with the so-called "sex education" that is chiseling away at the minds of their children. Since 2013, the World Health Organization and the German Federal Center for Health Education have taken over the country's sex education. Right now, children ages of 4-6 are required to learn about sexual feelings and how to express their own sexuality. Children between the ages of 6 and 9 are being taught about sexual consent, contraception, and the various ways to have intercourse. Children ages 9 to 12 are instructed on how to use condoms, how to have their first sexual experience, and how to achieve orgasm. When it comes to children ages 12 to 15, classrooms are required to engage students in discussion about sexual desires "in order to have safe and pleasant sex."

According to LifeSiteNews, the "sex education" rules imposed by WHO intensively familiarize the students at every age with the concept of homosexuality, making young children question their desires and even their gender. This aggressive sex education introduces perverted thoughts into the minds of children, teaching students to act on their desires, instead of building healthy relationships. This leftist indoctrination teaches the next generation to take on cavalier attitudes toward sexuality. Polish citizens have every right to question these leftists ideas and change the "sex education" that is perverting their children's minds. When public school officials begin talking to young students about their sexual desires, it not only perverts the child's mind, but it also opens the door to the possibility of pedophilia and rape of that child.

The Pornification of America: How Young Girls Are Being Groomed by Sexual Predators