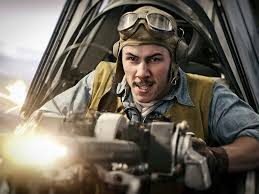 Seventy-eight years ago, on December 6, 1941, the United States was at peace with world. The next morning, local time, the Empire of Japan bombed the U.S. Navy base at Pearl Harbor, Hawaii. Four days later, Nazi Germany issued a declaration of war against the United States. The American people were now unalterably involved in a global conflict that would take the lives of over 400,000 of their native sons.

But before Japan opened this door to war, the United States had been the target of an elaborate, covert influence campaign meant to push public opinion, by hook or by crook, into supporting intervention on the side of the British. Conducted by the United Kingdom's MI6 intelligence service, it involved sometimes witting (and often unwitting) collaboration with the highest echelons of the U.S. government and media establishment.

In the early summer of 1940, British Prime Minister Winston Churchill dispatched intelligence agent William Stephenson to North America to establish the innocuous-sounding British Security Coordination (BSC). The Canadian-born Stephenson was a World War I flying ace and wealthy industrialist who had been a close Churchill confidant for several years. Adopting the codename "Intrepid" during his operations, spymaster Stephenson served as the main inspiration for James Bond (whose creator, Ian Fleming, worked with the BSC).