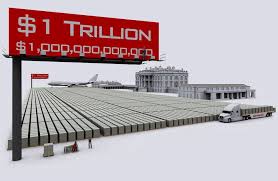 "The few who understand the system will either be so interested in its profits or be so dependent upon its favours that there will be no opposition from that class, while on the other hand, the great body of people, mentally incapable of comprehending the tremendous advantage that capital derives from the system, will bear its burdens without complaint, and perhaps without even suspecting that the system is inimical to their interests."
The Rothschild brothers of London writing to associates in New York, 1863.

On occasion, the truth is fully exposed, even though the deliverer of that truth never meant for it to be seen by the public eye. In the case of the Fed, as the Rothschild's pointed out, the truth is evident but will not be comprehended by the general population. Actually, the truth is not even desired, for acceptance of this truth, and reversal of the scam, would cause financial upheaval and hardship, and therefore would require individual responsibility. In this country today, the widespread acceptance of personal responsibility is clearly absent, so accepting the truth and the consequences of that truth is avoided at all cost. But this avoidance will only cause the associated problems to increase in severity over time, and when the levee finally breaks, the flood of misery may be insurmountable. The "mentally incapable" masses spoken about by Rothschild will likely not awaken in time, so their fate is almost certainly already established.