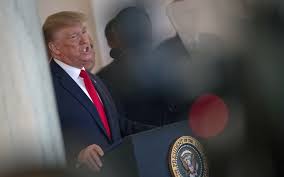 As was previewed by Trump two days earlier, moments ago Treasury Secretary Steven Mnuchin and Secretary of State Mike Pompeo confirmed that the Trump administration is imposing new sanctions on Iran, specifically targeting the country's metals exports and eight senior leaders. The Treasury said the actions Friday target the 13 largest steel and iron manufacturers in Iran and top copper and aluminum producers.

With the latest sanctions targeting steel, aluminum, copper and iron as well as sectors of the economy such as construction, manufacturing, textiles and mining, it now appears that virtually the entire Iranian economy is off-limits to any nation that has diplomatic ties with the US. As a reminder, Iran's critical oil exports and shipping industries were already sanctioned in 2019, sending the economy in turmoil as most of the country's oil exports were taken offline with only a handful of countries such as China and India still importing Iranian crude.

The economic pressure from US sanctions has already had a destabilizing effect on Iran's economy, sending the currency tumbling and leading to sporadic anti-government protests across the nation.