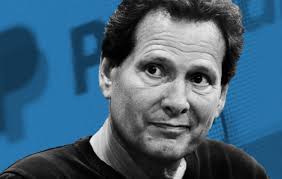 PayPal abruptly terminated the account of TruNews without warning or explanation. The conservative Christian news program has received donations in its PayPal account for more than 16 years without problems. The weekday Christian news and commentary program started in 1999.

'PayPal abruptly closed our account on the morning of January 3, 2020. TruNews' report on January 2 was titled 'Ghislaine Maxwell: Which spy agency is hiding her?'

Our newscast focused on her father's long-time service to Israel's intelligence agencies, how she was Jeffrey Epstein's handler for Mossad, and how Epstein's team video-recorded influential American men having sex with underage girls who had been recruited by Ghislaine Maxwell.'

The Real Meaning Of Red Scare 3.0