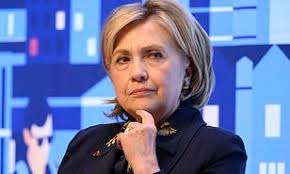 Citing standard anonymous sources, the Washington Post reported Thursday that a Justice Department "inquiry" — not quite as trespassing as investigation — of Hillary Clinton has effectively ended with no finding of criminal wrongdoing.

Never has an opening sentence exhibited more bias: "A Justice Department inquiry launched more than two years ago to mollify conservatives clamoring for more investigations of Hillary Clinton has effectively ended with no tangible results, and current and former law enforcement officials said they never expected the effort to produce much of anything."

According to the newspaper, current and former officials said that U.S. Attorney John Huber, who was tapped by then-Attorney General Jeff Sessions, has largely finished a look at possible corruption at the Clinton Foundation and the Obama-era sale of a uranium mining company, Uranium One, during Clinton's time as secretary of state.

Through the deal, Russia acquired about 20 percent of uranium production capacity in the U.S. Investors reportedly donated millions of dollars to the Clinton Foundation.

"We didn't expect much of it, and neither did he," said a source said to be familiar with the matter. "And as time went on, a lot of people just forgot about it."