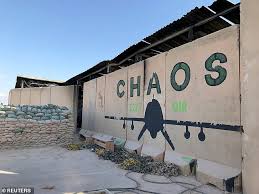 All drones landed safely after the command link was restored

Moments after volleys of Iranian missiles began to batter Iraq's Ain al-Asad airbase, US soldiers at the desert facility lost contact with their ultra-powerful - and expensive - eyes in the sky.

At the time the attack was launched at 1.35am on January 8, the US Army was flying seven unmanned aerial vehicles (UAVs) over Iraq to monitor bases where US-led coalition forces are deployed.

They included MQ-1C Gray Eagles, advanced surveillance drones that can fly for as long as 27 hours and carry a payload of up to four Hellfire missiles.