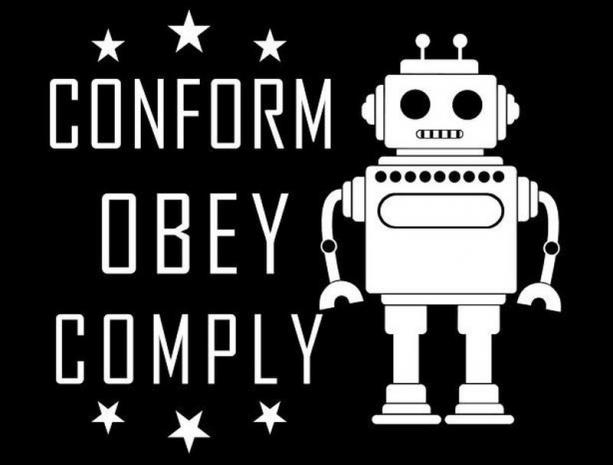 One day the system failed. As it had been eons since humans had to do anything, no one knew how to fix the system.  It was Mad comics version of Armageddon.

I remember when appliances and cars responded to humans, and now humans respond to them.  When I grew up cars and home appliances did not go "beep-beep" to remind you of the things you were supposed to do, such as turn off the car lights and take the keys out of the ignition, or turn off the oven and shut the fridge.

Cars, except for British sports cars, didn't have seat belts.  Today a car doesn't stop beeping until you fasten your seat belts.  I hear that soon the cars won't start until the seat belts are fastened.

When the electric company's outsourced crew failed to connect the neutral line to my house and blew out all appliances, sprinkler system, and garage openers, the electric company replaced everything on a prorated depreciated basis that cost me thousands of dollars.  The worst part of it is that the new appliances boss me around.