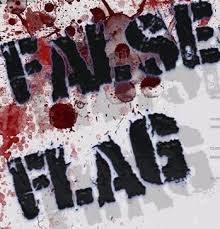 The stage is being set by Democrats and the complicit left-wing media (CNN) to turn Jan. 20th "Lobby Day" in Richmond, Virginia into a false flag bloodbath that will attempt to frame gun owners as terrorists and provide the justification for state-wide martial law and the confiscation of all firearms from citizens.

Ultimately, the plan is to escalate the conflict into regional civil war and widespread chaos that Democrats hope could help destabilize America and remove Trump from office, no matter what it takes.

We are issuing this urgent warning because all the signs of this imminent false flag are rapidly falling into place. For example, yesterday the pro-infanticide, blackface-wearing Governor of Virginia, Ralph Northam, issued an executive order filled with false, deliberately deceptive information that lays the groundwork for framing gun owners as terrorists. That executive order is found at this link and is entitled, "DECLARATION OF A STATE OF EMERGENCY DUE TO POTENTIAL CIVIL UNREST AT THE VIRGINIA STATE CAPITOL."

The EO falsely claims that "credible intelligence" has determined that armed militias intend to engage in "violence, rioting, and insurrection." This is further confirmed by Gov. Northam telling left-wing media sources that, "armed militia groups plan to storm the Capitol." (See The Organic Prepper.)

Newsbusters is reporting that CNN is already laying out the Charlottesville narrative, preparing to blame gun rights supporters for the violence that left-wing operatives are conspiring to cause.

Naomi Seibt vs. Greta Thunberg: Whom Should We Trust?