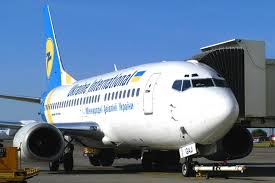 Philip Giraldi, a former counter-terrorism specialist and military intelligence officer of the CIA, penned a piece in the American Herald Tribune speculating that the U.S. launched several cyber-attacks, one on an Iranian missile defense system, and another on the transponder of the doomed Ukrainian plane.

"The shutdown of the transponder, which would have automatically signaled to the operator and Tor electronics that the plane was civilian, instead automatically indicated that it was hostile. The operator, having been particularly briefed on the possibility of incoming American cruise missiles, then fired," he said.

Giraldi said the Tor missile system used by Iran is vulnerable to being hacked or "spoofed," and at the same moment, Flight 752's transponder was taken offline "to create an aviation accident that would be attributed to the Iranian government."

The Pentagon has reportedly developed technologies that can trick enemy radars with false and deceptively moving targets, he said.