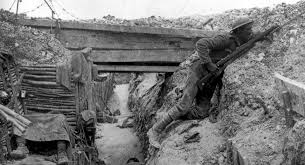 He meant, ultimately, that wars — especially foreign wars — inevitably increase the punitive and regulatory power of government. He opposed what Americans commonly term the First World War on those principled grounds. Though he'd soon die a premature death, Bourne had correctly predicted the violations of civil liberties, deceptive propaganda, suppression of immigrants, vigilantism, and press restriction that would result on the home front, even as tens of thousands of American boys were slaughtered in the trenches of France.

This, the war on the free press, free speech, and dissent more generally, is the true legacy of the American war in Europe (1917–18). More disturbing, in the wake of 9/11 and Washington's two-decade-old wars for the Greater Middle East, the dark, twisted, underbelly of World War I's legacy has again reared its ugly head. Bipartisan, interventionist presidential administrations — unilaterally tyrannical in foreign affairs — from George W.Bush to Barrack Obama to Donald Trump have sought mammoth expansions of executive power, suppressed civil liberties, trampled on the Constitution, and waged outright war on the press.

All this was done — in 1917 and today — in the name of "patriot-ism," what Oscar Wilde (perhaps apocryphally) labeled the "virtue of the vicious." World War I produced the repressive and now-infamous Espionage and Sedition Acts, along with brutal vigilante attacks on Germans and other immigrants. The 21st century's endless wars have engendered the equally autocratic USA PATRIOT Act, and their own reinvigorated brand of anti-immigrant and anti-Muslim abuses. It is for this reason that a brief reflection on America's troubled — and oft-forgotten — experience on the home front during the First World War is more relevant than ever.