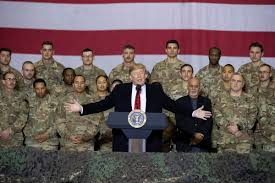 After three years of the Trump presidency, the Washington Post is breathlessly reporting that Donald Trump is a boor who insults everyone, including generals used to respect and even veneration. He's had the impertinence to ask critical questions of his military briefers. For shame!

President Trump's limitations have been long evident. The Post's discussion, adapted by Carol D. Leonnig and Philip Rucker from their upcoming book, A Very Stable Genius: Donald J. Trump's Testing of America, adds color, not substance, to this concern. It seems that in the summer of 2017, Secretary of Defense Jim Mattis, Secretary of State Rex Tillerson, and others were concerned about the president's international ignorance and organized a briefing at the Pentagon to enlighten him.

Was that a worthwhile mission? Sure. Everyone in the policy world marvels at the president's lack of curiosity, absent knowledge, bizarre assumptions, and perverse conclusions. He doesn't get trade, bizarrely celebrates dictatorship, fixates on Iran, doesn't understand agreements, acts on impulse, and exudes absolute certainty. Yet he also captures the essence of issues and shares a set of inchoate beliefs held by millions of Americans, especially those who feel ignored, insulted, disparaged, and dismissed. Most important, he was elected with a mandate to move policy away from the bipartisan globalist conventional wisdom.

The latter was evidently the main concern of these briefers. The presentation as described by the article exuded condescension. That attitude very likely was evident to Trump. The briefing was intended to inform, but even more so to establish his aides' control over him. While they bridled at Trump's manners, they were even more opposed to his substantive opinions. And that made the briefing sound like a carefully choreographed attack on his worldview.