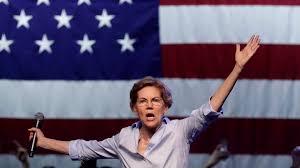 Elizabeth Warren has promised "big, structural change" on a range of issues related to the economy. Warren has a plan for foreign policy, too, but it appears to be scarcely different from that of the last Democrat to occupy the White House.

According to CNN, these self-described foreign policy professionals have worked through "group text chains and conference calls where they brainstorm responses to urgent international events, help draft campaign statements and policy papers, and flag development."