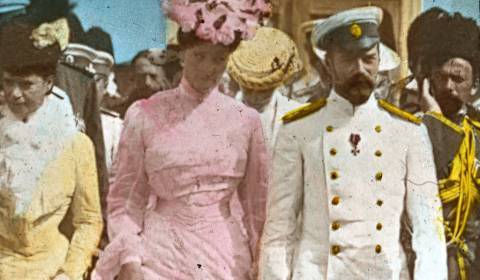 I've been home from Russia for about a month, and I'm starting to understand what he means. Or rather, I don't understand it (yet), but I feel it, and feel it with more strength the more distance there is between me and that country.

This weekend I've been reading, for my research purposes, The Icon and the Axe, James Billington's revered 1966 history of Russian culture. Billington was a distinguished Russia scholar and Librarian of Congress from 1987 until his retirement in 2015. He died last year at 89. It has been a revelation to read in his work about the culture of Russia between 1890 and the 1917 revolution. It seems eerily like our own in some pretty fundamental ways. I want to tell you a little bit about this.

According to Billington, in the 1890s, younger Russian elites became frustrated with the country's long struggle towards constitutional liberalism, especially when the reactionary Tsar Alexander III took over from his assassinated father, a (relative) liberal who had ended serfdom. The new generation of intellectuals and artists moved into two different directions: dialectical materialism (that is, Marxism, whose leading exponent at the time was Gyorgi Plekhanov), and transcendental idealism, along the lines of the visionary Christian thinker Vladimir Soloviev. Plekhanov, the father of Russian Marxism, wanted to revitalize society through working-class revolution. Soloviev, an Orthodox Christian, but one strongly influenced by Western Christianity, sought social renaissance through a return to a kind of religious mysticism.