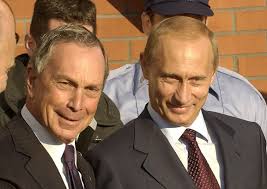 The temporary employees recruited by Bloomberg's camp are given the title "deputy field organizer" and make $2,500 a month to promote his White House bid among their followers. The employees can choose to use campaign-approved language in their posts.
Twitter said the practice violated its "Platform Manipulation and Spam Policy," which was established in 2019 to respond to Russia's expansive troll network that was tapped in 2016 to meddle in the U.S. elections.