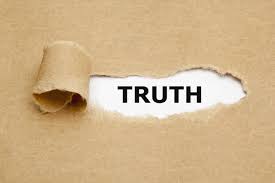 According to the New York Times, prior to sentencing Stone to serve 3 years in jail for various offenses, including lying under oath to Congress, Jackson stated:

What she should have said is that it is only in some government inquiries that the truth still exists and still matters.

Given that Jackson served in the U.S. Attorney's office in Washington, D.C., for six years, surely she is familiar with the case of James R. Clapper, Jr., the former director of national intelligence.

What Clapper did to Congress was no different from what Stone did to Congress: Clapper knowingly, intentionally, and deliberately lied to Congress when he falsely denied that U.S. national-security state officials were conducting secret mass surveillance on the American people.

What happened to Clapper? Nothing. No indictment. No criminal prosecution. No conviction. No sentencing.

Why the difference between Stone and Clapper? Stone is mere citizen, just like Martha Stewart, who was convicted of lying to a federal official and also sentenced to serve time in jail.