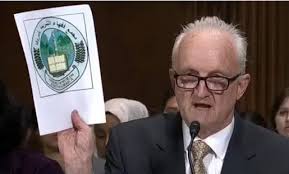 Haney's death has been ruled a suicide by an Amador County coroner, who noted that a firearm was observed next to the 66-year-old, who was found lying next to his vehicle.

"Upon their arrival, they located and identified 66-year-old Philip Haney, who was deceased and appeared to have suffered a single, self-inflicted gunshot wound. A firearm was located next to Haney and his vehicle. This investigation is active and ongoing. No further details will be released at this time," reads the report.

So, Haney supposedly parked his car on the side of the road and shot himself in the head just after 10 a.m. on Friday. And while his death is clearly suspicious to some, it should be noted that his wife, Francesca, passed away eight months ago in June 2019 following a battle with cancer. The couple had one daughter named Sara, an ordained minister who previously served as the chaplain for the Cobb Detention Center according to Francesca's Facebook page (via Heavy).

He notably authored "See Something, Say Nothing: A Homeland Security Officer Exposes the Government's Submission to Jihad," a scathing criticism of the Obama administration's handling of radical Islamic terrorism. In 2016, he testified that the Obama administration could have prevented the Pulse nightclub shooting in Orlando, Florida if they had not acted in favor of "political correctness."