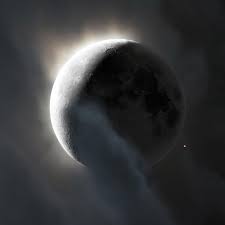 The Pentagon wants to extend the reach of its satellites tens of thousands miles toward the moon. And it's working on a high-tech, atomic-powered "nuclear thermal propulsion" engine to make it possible.

The military's goal is to deploy maneuverable satellites into the vast space between the Earth and the moon—"cislunar" space, it's called—before China gets there with its own spacecraft.

But this isn't the first time the U.S. government has tried to develop an atomic rocket. And there's no guarantee the same problems that ended previous efforts won't also scuttle this one.

"The capability afforded by [nuclear thermal propulsion] will expand the operating presence of the U.S. in space to the cislunar volume and enhance domestic operations to a new high-ground, which is in danger of being defined by the adversary," the Defense Advanced Research Projects Agency, which oversees the atomic rocket effort, explained in its budget proposal.

The U.S. and Chinese space agencies and even private corporations are eager to mine the moon for minerals that could support deep-space missions, potentially including humanity's first trip to Mars.