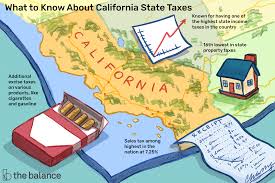 Everyone knows that living in California comes with a price: Its residents pay some of the nation's highest taxes on the money they earn, the gas they pump and the clothes they wear. But for the moment, at least, it appears voters have had enough.

The defeat Tuesday of the largest borrowing proposal in the history of California schools — $15 billion for repairs — has opened the question of whether Californian voters put a temporary halt to the growth of government debt because of the unsettled political scene, or because they are on the cusp of a tax revolt akin to one in the 1970s that brought landmark changes to property taxes.

By itself, the crash of the question on the March 3 primary ballot was striking — it's been a generation since a state school bond failed and there was no telling moment prior to the election indicating voters had soured on it.

But it didn't stop there. Voters rejected more than half of the 237 local tax and bond measures on that ballot, with several dozen contests still undecided as California authorities wade through hundreds of thousands of uncounted ballots, according to a tally by the California Taxpayers Association.

A final tally of votes remains incomplete, but there is agreement on both sides that no single reason explains the downfall of the big bond. It looks like a mix of factors, not the least of which was jitters over the staggering stock market, the presidential race and the coronavirus outbreak sweeping the globe.