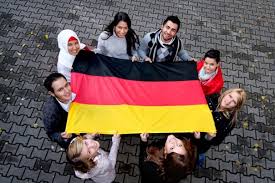 Germany has closed its border to visitors from Europe due to coronavirus, but migrants claiming asylum from the Middle East and Africa are still allowed to enter the country.

Aside from exemptions for people from France, Luxembourg, and Switzerland who are providing essential services, German authorities closed the country's border to all foreign citizens last week.

However, according to the German Ministry of the Interior, so-called "asylum seekers," a catch-all term that basically describes economic migrants fleeing from the Middle East and Africa, are still welcome.

"At Germany's EU external borders [airports and seaports], there has been no change in the [asylum] procedure," a representative of the Ministry of the Interior told Junge Freiheit.

This means that Europeans who previously had a right to enter Germany are being treated as second class citizens compared to migrants from the third world, who merely have to utter the word "asylum" to enter Germany and have their case heard, even in the midst of a deadly global pandemic.