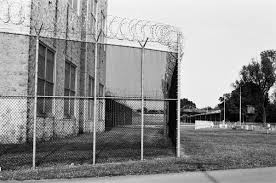 "On Saturday, the open borders group known as the Movement of Immigration Leaders in Pennsylvania organization announced illegal aliens currently held in a York, Pennsylvania, facility have started a hunger strike to demand their release.

"Those who should be released from ICE custody, the group writes, include illegal aliens who have pending deportation orders. . . ."

I don't understand why such demands generate any controversy. Dwight D. Eisenhower — an enormously popular president — solved this problem quite handily 65 years ago, in 1955, with "Operation Wetback."

Bus them to the Philadelphia Naval Yard, or — if it's easier — to Norfolk. Once there, load them aboard an amphibious transport, or — if it's cheaper — on any cargo steamer available. Carry them to a point a few hundred yards off the sunny shores of the Yucatan, then use landing barges to transport them far enough ashore that the water is waist deep, drop the gates, and give them precisely what they're asking for: "release them."