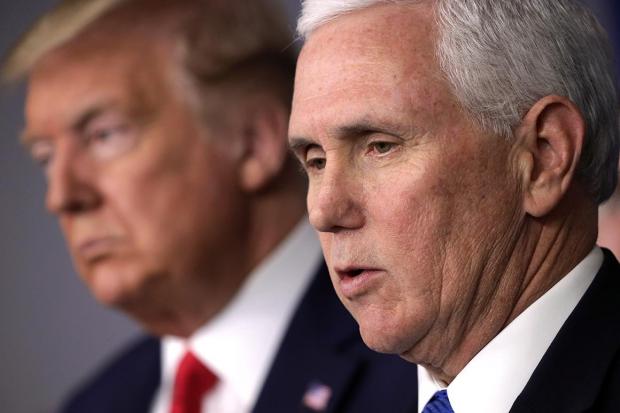 Trump aides were alarmed when they learned of the exchange, and immediately put the shipment on hold while they ordered a review of U.S. aid procedures. Crossed wires would only confuse our allies, they worried, or worse—offend them. And Americans confronting a surging death toll and shortages of medical equipment back home would likely be outraged.

Last week, a Trump administration official working to secure much-needed protective gear for doctors and nurses in the United States had a startling encounter with counterparts in Thailand.

The official asked the Thais for help—only to be informed by the puzzled voices on the other side of the line that a U.S. shipment of the same supplies, the second of two so far, was already on its way to Bangkok.

Vice President Mike Pence soon realized another step was needed: After a phone call asking a foreign leader's help with key supplies, he ordered his staff to make sure the review process wasn't holding up coronavirus-related aid to countries that were assisting the United States.

The incidents have spurred the Pence-led coronavirus task force to scrutinize all of USAID's deliveries to countries requesting personal protective equipment (PPE) needed to fight the outbreak, according to people directly involved in the discussions, causing tensions between aid officials and task-force members.