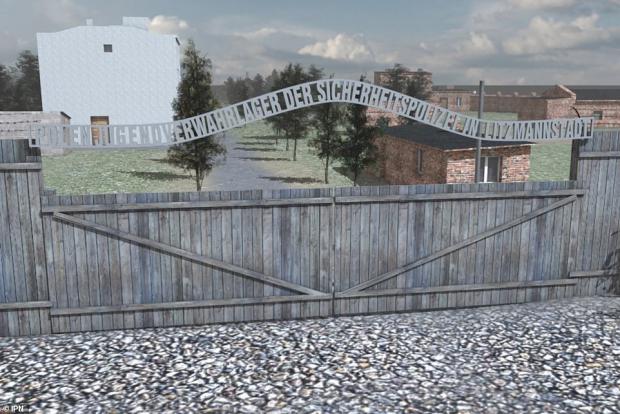 The horrors of Nazi Germany's only concentration camp for children have been brought to life in harrowing detail as part of a chilling new visualisation.

Researchers from Poland's Institute of National Remembrance painstakingly pieced together the layout of the Preventive Security Police Camp for Polish Youth in Lodz, where hundreds of children were beaten and starved to death during WWII.

They analysed old photographs that revealed the devastating camp conditions and poured over heartbreaking court testimonies from survivors and witness accounts to recreate a detailed and coloured version of the camp.

The interactive map shows dozens of camp buildings, including the morgue where children's bodies were stored, the commandant's office that housed the sadistic Edward August, and filthy accommodation blocks where dozens of children were crammed inside.

The children's concentration camp was established by Hitler's Schutzstaffel (SS) in the city of Lodz, Poland, on the orders of SS chief Heinrich Himler.

Hidden inside the city's Jewish ghetto on Przemys?owa Street, it was the only camp to be established by the Nazis specifically for children in occupied Europe and opened on December 11 1942.

As many as 20,000 Polish children aged between two and 16 years old faced untold horrors inside as they were imprisoned in the camp's horrendous conditions where they were beaten, tortured and starved.

The camp soon became known as 'Little Aushwitz' because of its high death rate and the violence metred out by SS thugs in charge.