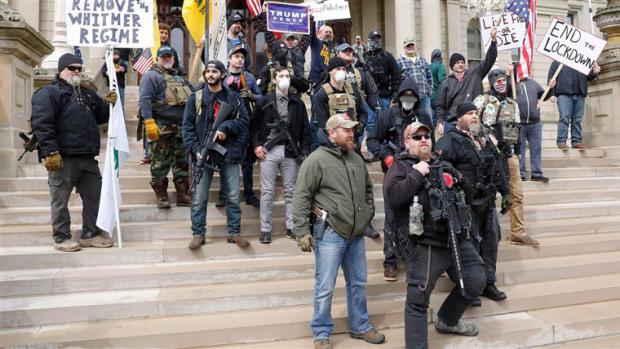 Imagine if you could go back in time to 2015, back to the future style, and tell yourself that in the year 2020 reality TV personality Donald Trump would be President, a global viral pandemic would have shut down the entire global economy, you could get ticketed for walking on a beach, and stores wouldn't sell you food unless you were wearing a mask. What a time to be alive [insert sarcastic tone here.] Perhaps, also like myself, you might find yourself flabbergasted at how submissive and obedient the members of our society have become. After months of coerced isolation (quarantine) people around this country are at last beginning to stand up and to say enough is enough. I witnessed such a display of civil disobedience on a cold mid April day in the great state of Michigan.

It started when I reached out to my friend Glen Jacobs, the mayor of Knox County Tennessee, informing him of my intent to leave Los Angeles for Knoxville. At the time, the Los Angeles Mayor's orders to close "non-essential" businesses had turned my city into a depressing ghost town with only the homeless roaming the streets. After spending about a week in Knoxville I got word that a protest against the "lockdown" was being planned in Lansing, Michigan. I knew that the mainstream media would never fairly cover this type of protest, so I decided to drive up to Lansing to see first hand what was going on there.