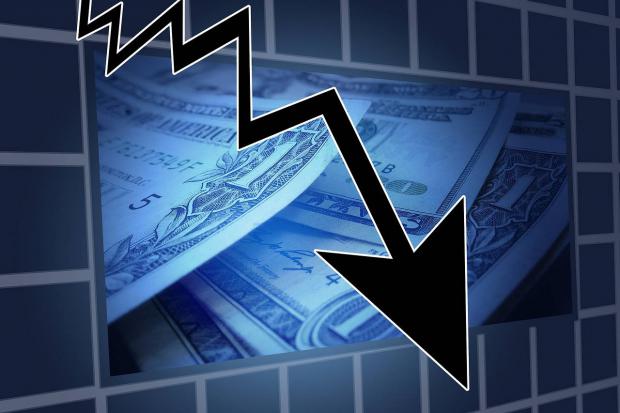 While it will hardly come as a surprise to anyone that the US fiscal situation is now an absolute catastrophe - following previously projections that the US is expected to issue over $5 trillion in debt this year alone and the Fed is expected to monetize all of it, if not more - moments ago we got the actual details of just how bad it will get when the Treasury published its April Monthly Treasury Statement.

The numbers were terrifying: with the US economy shut down in April, the US government collected just $242BN in receipts, down a record 54.8% from a year ago "as certain taxes from individuals and corporations were deferred until July," the Treasury said, a deferral which may now be extended all the way to December. On a rolling 12-month basis, receipts were just $3.265 trillion, the lowest since March 2017, and down 3% Y/Y, assuring the US economy is in recession (just in case the 34 million recently unemployed Americans didn't make that clear)

But the real horror was in government spending, which exploded by 161% to a record $1 trillion (technically $980 billion but at this point one can just roundt up) in April, "largely due to the release of assistance related to the COVID-19 outbreak." The chart below says it all.