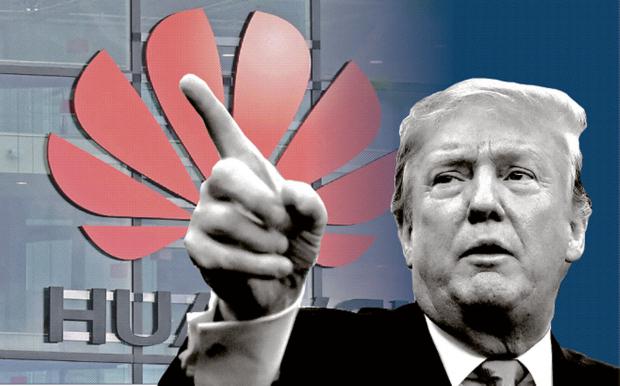 U.S. officials moved Friday to cut off Chinese tech giant Huawei from global chipmakers, ramping up sanctions on the company seen by Washington as a national security risk.

The move is part of a ramping-up of attacks on China, with Donald Trump and his administration accusing it of being culpable for the spread of coronavirus.

Hostility to China is set to be a central theme in his re-election campaign.

The Commerce Department said it was broadening its sanctions enforcement to include semiconductor designs that are developed using US software and technology.

Officials said Huawei had been circumventing sanctions by obtaining chips and components that are produced around the world based on US technology.

'This announcement cuts off Huawei's efforts to undermine US export controls,' the Commerce Department said in a statement.

The U.S. government will have to wait and see if China retaliates, senior U.S. officials said in a call with reporters.