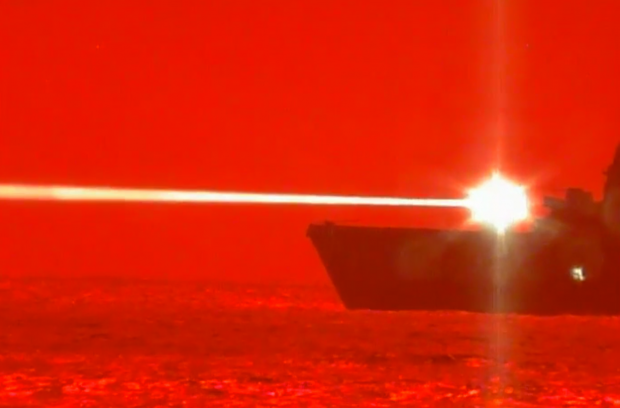 The Navy is currently developing and testing a portfolio of laser weapons, some of which are more powerful but only suited for ships with greater power-generation capabilities, like the San Antonio-class amphibious transport docks (LPD-17), while others are less powerful but could be fielded on a greater variety of ships, including the Arleigh Burke-class destroyer.

In this test, Portland fired its high-power laser weapon at an unmanned aerial vehicle while operating off Pearl Harbor, Hawaii, on May 16, U.S. Pacific Fleet announced in a news release today.

"By conducting advanced at sea tests against UAVs and small crafts, we will gain valuable information on the capabilities of the Solid State Laser Weapons System Demonstrator against potential threats," Capt. Karrey Sanders, commanding officer of Portland, said in the news release.

"The Solid State Laser Weapons System Demonstrator is a unique capability the Portland gets to test and operate for the Navy, while paving the way for future weapons systems," he added. "With this new advanced capability, we are redefining war at sea for the Navy."