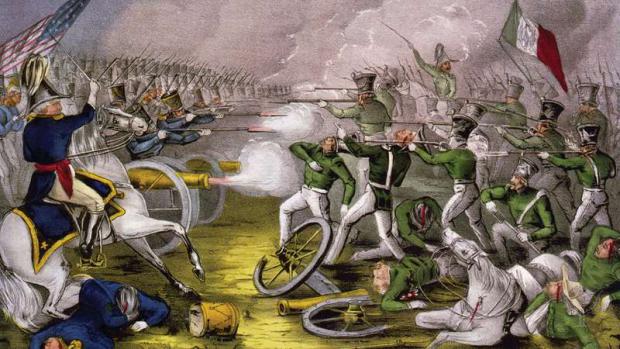 When either Donald Trump, or the current long-shot hopeful Rep. Tulsi Gabbard (D-Hawaii) calls for an end to such wars, the establishment Left and Right both attack the term as a "Russian," or "Putin," talking point. The contemporary polarization of the term is peculiar, given that historically regime-change wars are as American as apple pie. Still, one can understand the reluctance of today's influential American-exceptionalism-crowd to repeat the phrase.
After all, republics aren't supposed to invade and conquer foreign states. Nevertheless, the inconvenient truth is that the United States did just that a little more than 60 years after the thirteen original colonies' own successful rebellion against the British empire.

Seen in this context then, the 1846 U.S. invasion of Mexico — popularly, if misleadingly, dubbed the Mexican-American War — must rate as an acute pivot point in the young nation's history. Sure, the colonists, and then the new U.S. republic, had long displaced and murdered various native Indian tribes. Still, the successful conquest and significant annexation of a Western nation-state — a fellow republic at that — constituted a no-turning-back moment for a self-declared "democratic beacon." Yet today, for all that, precious few Americans know the slightest thing about that war — which had one of the highest casualty rates of any U.S. conflict — and its contours, causes, context, or conclusion. The basis for such ignorance is quite simple: the Mexican invasion, accurately chronicled, doesn't mesh well with Americans' pretensions or sense of their own history. Control of the past is a powerful tool, wielded for centuries by governments deeply invested in perpetuating their unique founding narratives or myths.