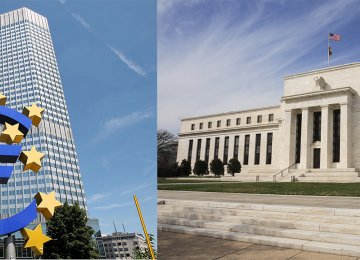 They held interest rates at 0.25%, did not expand QE nor did they indicate any changes.

This wasn't what the market wanted, as the bond were pushing the Fed to take rates negative and further open up the liquidity spigots.

Rates would be lower for longer and central bank swap lines would remain open. Other than that, the Fed didn't give the markets what it wanted.

There were plenty of dollars in the system. That dynamic immediately changed after the FOMC meeting.

By punting the Fed put the ball back in the hands of the ECB who had been enjoying the dynamic of a weaker dollar to alleviate offshore dollar liquidity concerns.

It didn't hurt that political instability here in the U.S. is at a high not seen since the 1860's.

The stronger euro was assisting the ECB in selling their balance sheet expansion.

The ECB then announced it's latest TLTRO-3 Auction for this quarter. The total amount of the auction was a stunning $1.3 trillion, which broke down into $550 billion in new lending and $760 billion in rollovers.