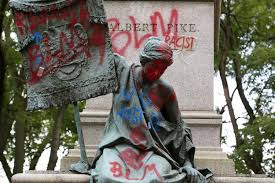 The most shocking aspect of the wave of rioting and destruction that has been unleashed on many of our American cities in the wake of George Floyd's death is not that there is an underlying discontent with the rate of progress in racial equality. That is understandable. What is not is the way that mayors, governors and members of Congress have not just tolerated, but endorsed, mob violence as an acceptable weapon of social change.

Growing up in the turbulent 1960s, I was given a very specific warning by my mother: If you ever get caught up in a mob, get out of it as soon as possible because a mob has no brain. It just has emotion — and whether that emotion is anger, hatred or even joyful exuberance, it cannot be controlled.

We saw that in Minneapolis following the death of George Floyd while in police custody. People with a brain were outraged by what they saw. They wanted to protest, to speak out, and to demand justice. But when they came together in the streets, they discovered how quickly protest can transform into riot, and how demands for justice can be used to justify injustice. The basic premise of justice, after all, is recompense, making sure that wrongdoers pay a price for their crime. Yet there was no recompense in burning the businesses of innocent bystanders. There was no justice in stealing TVs and PlayStations. This was just brainless mob violence. It was shameful and it should have been easily condemned by the politicians, news media and celebrities who were not part of the mob.

That's what would have happened in the 1960s. When Martin Luther King Jr. was murdered, leading to riots across America in 1968, Bobby Kennedy appealed for peace amidst "this mindless menace of violence in America which again stains our land and every one of our lives."

Ford reveals its new Bronco after it was forced to delay the original...