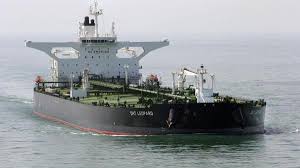 Rates for very large crude carriers (VLCCs; tankers that carry 2 million barrels of crude) from the Middle East Gulf (MEG) to Asia were down to $20,000 per day on Wednesday, with the global average assessed at $26,537 per day by brokerage Howe Robinson.

"The dam has burst, and VLCC rates have taken an overdue nosedive,"

said the brokerage Fearnleys in a new report.

"Daily earnings are still in the $20,000s [per day], but with increased bunker prices and further downward potential, OPEX [operating expense] levels could come under threat moving forward," Fearnleys warned. "By all accounts it's going to be a hot, long summer of discontent."