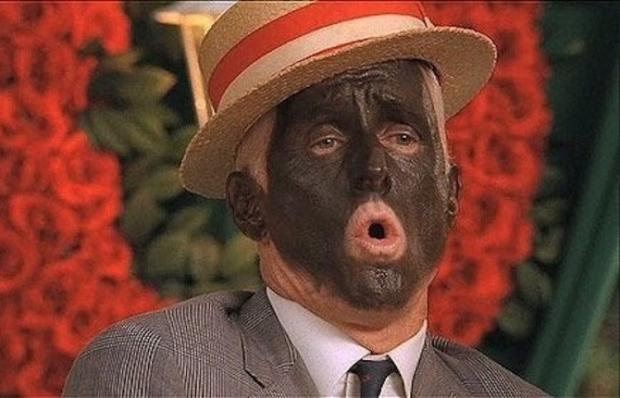 In a statement provided to the Los Angeles Times, Lionsgate confirmed they would not be removing the episode from season three entitled "My Old Kentucky Home" from the show's AMC catalog, despite the recent scrubbing of blackface scenes and episodes from other popular shows including The Office, Community, and Scrubs.

In the scene, advertising mogul Roger Sterling (John Slattery) wears blackface while serenading Jane (Peyton List) with his rendition of "My Old Kentucky Home" at a country club party.

"I did this at home for her with a little shoe polish," Sterling says of the blackface. "She thought it was a scream."

Instead of being removed, the service will provide a disclaimer warning viewers the "episode contains disturbing images related to race in America."

"One of the characters is shown in blackface as part of an episode that shows how commonplace racism was in America in 1963," the disclaimer will read.

In its reliance on historical authenticity, the series producers are committed to exposing the injustices and inequities within our society that continue to this day so we can examine even the most painful parts of our history in order to reflect on who we are today and who we want to become. We are therefore presenting the original episode in its entirety.