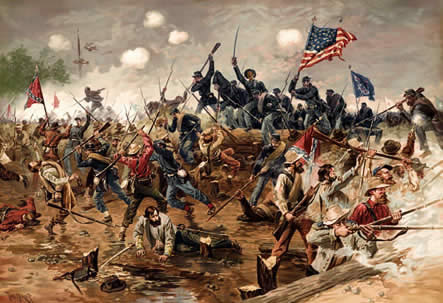 This goes back to a term paper I wrote in graduate school. It was on Colonial taxation in the British North American Colonies in 1775. Not counting local taxation, I discovered that the total burden of British imperial taxation was about 1% of national income. It may have been as high as 2.5% in the southern Colonies.

Rabushka's most original and impressive contribution is his measurement of tax rates and tax burdens. However, his estimate of comparative transatlantic tax burdens may be a bit of moving target. At one point, he concludes that in the period from 1764–1775 "the nearly 2 million white Colonists in America paid on the order of about 1% of the annual taxes levied on the roughly 8.5 million residents of Britain, or 1/25th in per capita terms, not taking into account the higher average income and consumption in the Colonies" (p. 729). Later he writes that on the eve of the Revolution, "British tax burdens were 10 or more times heavier than those in the Colonies" (p. 867). Other scholars may want to refine his estimates, based on other archival sources, different treatment of technical issues such as the adjustment of inter-Colonial and transatlantic comparisons for exchange rates or new estimates of comparative income and wealth. Nonetheless, no one is likely to challenge his most important finding: the huge tax gap between the American periphery and the core of the British Empire.