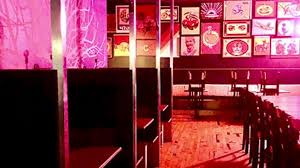 The nonprofit New York City Hospitality Alliance surveyed 509 restaurateurs around the city and found four out of five didn't pay the full June rent. Of those, 90% said they paid half or less last month.

"Rent is putting enormous financial pressure on restaurants, bars and clubs after four near-fatal months of economic disaster in which many have already shuttered for good," said Andrew Rigie, executive director of the NYC Hospitality Alliance

"Pre-pandemic, it was incredibly difficult to run a successful restaurant," added Rigie. "These conditions, the longer that it goes on, is going to make it more and more challenging for small businesses to ever recover. The vast majority of small businesses will not be able to pay back months of missed rent."

As the report further notes, the survey also found that landlords have been unwilling to give restaurants a break: 60% of restaurant owners said their landlords refused to give them deferments during the pandemic, while only 10% were able to renegotiate their leases. In total 73% of landlords — also under economic stress — refused to waive rent payments for their restaurants, bars and clubs in June, the poll found.