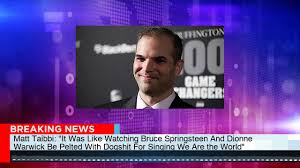 Any attempt to build bridges between the two mindsets falls apart, often spectacularly, as we saw this week in an online fight over free speech that could not possibly have been more comic in its unraveling.

A group of high-profile writers and thinkers, including Pinker, Noam Chomsky, Wynton Marsalis, Salman Rushdie, Gloria Steinem and Anne Appelbaum, signed a letter in Harper's calling for an end to callouts and cancelations.

"We refuse any false choice between justice and freedom," the authors wrote, adding, "We need to preserve the possibility of good-faith disagreement without dire professional consequences."

This Hallmark-card-level inoffensive sentiment naturally inspired peals of outrage across the Internet, mainly directed at a handful of signatories deemed hypocrites for having called for the firings of various persons before.

Then a few signatories withdrew their names when they found out that they would be sharing space on the letterhead with people they disliked.

"I thought I was endorsing a well meaning, if vague, message against internet shaming. I did know Chomsky, Steinem, and Atwood were in, and I thought, good company," tweeted Jennifer Finney Boylan, adding, "The consequences are mine to bear. I am so sorry."

Translation: I had no idea my group statement against intellectual monoculture would be signed by people with different views!