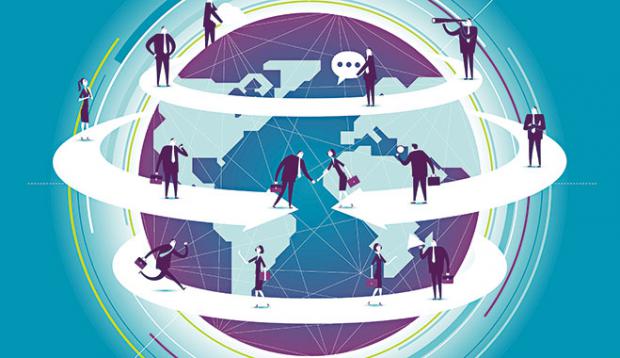 Rachel's note: Regular readers know Doug Casey believes you can always bet on the government to do the wrong thing. Whether it's the dangerous response to the COVID-19 pandemic, or overregulation abroad, government intervention often creates more problems than it solves.

And today, Doug discusses the dangers surrounding globalism… and explains why we actually live in a fascist system…

Daily Dispatch: Doug, we'd like to get your take on the question of "Globalist vs. Globalism." Not so long ago, the right was in favor of embracing a global economy, in order to access cheaper labor and other benefits of outsourcing. Whereas the left was against that whole idea, as they wanted to be more protectionist in their local economy.

But now, to the average man at least, that seems to have flipped. Now the right seems to be more protectionist, and the left wants to be more global. Is that an overly simplistic take on things? What's your view?

Doug Casey: Well, to start with, these are just labels that don't really mean anything – other than deciding what variety of statism you want.

The truth is that individuals and companies should be able to trade with each other with absolutely no restrictions, interference, or comment of any type from governments. No quotas, no duties, no incentives… nothing.

Governments bring absolutely nothing to the party. It's a sham, a myth, and a delusion that government acts in the interest of the country it controls. Government (and the people who control it) act in their own interests and those of their cronies. I'm sorry if that sounds harsh, and runs counter to what we were taught in grade school civics, or what sanctimonious Deep Staters like to repeat. But it's the case with late-stage U.S. "capitalism."

"Globalists," "Globalism," there's barely any difference. It's just busybodies deciding what products the real producers may or may not create, and what entrepreneurs can or can't do. Saying one is good and the other is bad is the wrong way to look at it. It politicizes the question.

Daily Dispatch: Okay. What about all the noise about NAFTA [North American Free Trade Agreement], USMCA [United States-Mexico-Canada Agreement], and the trade deals the U.K. wants to do now that it has left the European Union?

Doug Casey: It's really quite simple. To repeat, governments shouldn't decide anything. There shouldn't be an American trade policy, a French trade policy, an Australian trade policy, or any other trade policy. These things shouldn't exist. People in whatever country should simply produce, buy, and sell. Whether that's from their own country or from other countries. Forget about "national policy" with its ridiculous distinctions and labels.

Daily Dispatch: While you mention it, one of the things that has been quite amusing about Brexit are the "Remainers" (those who wanted to stay in the EU), who seem to think that if the U.K. doesn't have a trade deal with the European Union, then suddenly all trade will stop.

Doug Casey: That's absolutely correct, whether we're talking about the European Union or NAFTA trade deals between the U.S., Canada, and Mexico. It's unnecessary and unproductive trying to regulate trade with documents the size of an old New York telephone book.

Few people are aware that there are 50,000 employees of the European Union in and around Brussels – not counting lawyers, lobbyists, and hangers-on. Not one of these people serves a useful purpose. But they get fat salaries, expense accounts, and bribes. As Tacitus said 2,000 years ago, "The more numerous the laws, the more corrupt the society."

The European Union started out as a free trade organization after World War II – its purpose was to facilitate trade. But it's grown into a giant dysfunctional bureaucracy. If the EU simply eliminated trade barriers, duties, and regulations, you wouldn't need any of these people. They're basically "useless mouths." But that's just the opposite of what they do. The European Parliament constantly passes more laws, which reduce personal freedoms. And those laws have to be enforced, which constantly increases taxes.

I'm all for Brexit. The British hopefully will no longer be constrained by the ridiculous regulations that come out of Brussels telling them how to make beer, cheese, or whether shops are allowed to sell eggs by the dozen.

Switzerland isn't an EU member, and it does just fine.