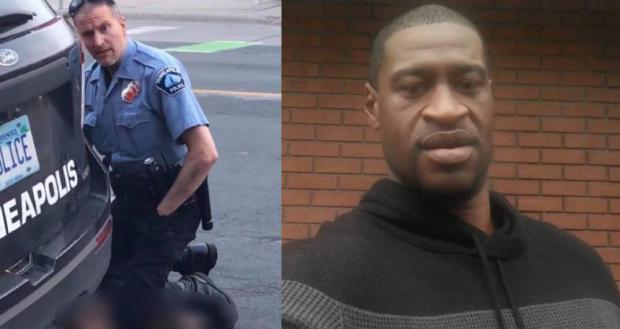 The entire world has seen this picture and had it interpreted for them by a lazy, incompetent, and dishonest American media without any regard to evidence or the medical examiner's report. The official story is that Floyd died from suffocation resulting from the pressure of Chauvin's knee on Floyd's neck.

Much has been made of the police removing Floyd from the squad car where they had him safely ensconced and placing him on his stomach in the street so they could kill him.

We all saw it with our own eyes, so we know it is true.  But it isn't.

As the medical examiner's report shows, Floyd's blood indicates a fatal dose of fentanyl, a killer opioid.  I have researched many studies of fentanyl's lethality.  I have provided links here: https://www.paulcraigroberts.org/2020/07/09/what-is-a-fatal-dose-of-fentanyl/  and here:  https://www.paulcraigroberts.org/2020/07/07/there-is-no-second-autopsy-of-george-floyds-death/ .

We know for a fact that small amounts of fentanyl can stop breathing.  See: https://www.drugabuse.gov/publications/drugfacts/fentanyl   Notice especially:

"Can you overdose on fentanyl?

Yes, a person can overdose on fentanyl. An overdose occurs when a drug produces serious adverse effects and life-threatening symptoms. When people overdose on fentanyl, their breathing can slow or stop. This can decrease the amount of oxygen that reaches the brain, a condition called hypoxia. Hypoxia can lead to a coma and permanent brain damage, and even death."