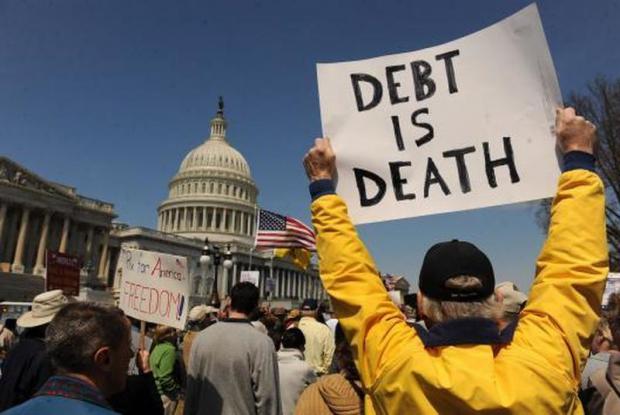 What's happening today is similar to the Republican backlash in 2008 when they bailed out Wall Street during the financial crash, it's just this time, the bailouts dwarfed the ones a decade ago.

This puts Senate Majority Leader Mitch McConnell, a Kentucky Republican, in a tight spot as he is up for reelection this fall. His state is flooded with Tea Party patriots, who have raised the alarm over the Trump administration's reckless deficit spending.

"The majority of Republicans are now no different than socialist Democrats when it comes to debt. They simply don't care about debt and are preparing to add at least another trillion dollars in debt this month, combined with the trillions from earlier this summer," Paul said.

"This is the swamp in a feeding frenzy. Everybody's lobbyist has their hand out, saying, 'Look, if you're spending trillions of dollars, I want to get some.' And it's not right," Cruz said.

GOP Senator Ron Johnson of Wisconsin, another politician who was elected during the Tea Party movement a decade ago, told The Hill that Congress shouldn't authorize "a dime more" until "we've thoroughly taken a look at the $2.9 trillion we've already authorized" and figure out what funds have actually been spent.