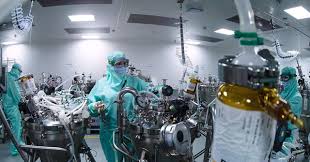 A Chinese woman and her husband pleaded guilty in U.S. District Court on Thursday to conspiring to sell scientific trade secrets to the Chinese government and to wire fraud focused on research, identification, and treatment of a wide range of pediatric medical conditions.

Li Chen, 46, and her husband, Yu Zhou, 49, made the plea via video conference. The couple both worked at the National Children's Hospital's Research Institute in Columbus, Ohio, for a decade before being arrested in California in July 2019. The case was unsealed in August 2019 when they appeared in federal court in Ohio.

"Chen admitted to stealing scientific trade secrets related to exosomes and exosome isolation from Nationwide Children's Hospital's Research Institute for her own personal financial gain," the Department of Justice press release on the case said. "They are charged with conspiring to steal at least five trade secrets related to exosome research from Nationwide Children's Hospital."

"Exosomes play a key role in the research, identification, and treatment of a range of medical conditions, including necrotizing enterocolitis (a condition found in premature babies), liver fibrosis and liver cancer," the press release said.

"Once again we see the People's Republic of China (PRC) facilitating the theft of our nation's ingenuity and hard work as part of their quest to rob, replicate and replace any product they don't have the ability to develop themselves," said John C. Demers, the assistant attorney general for national security. "Far from being an isolated incident, we see the PRC implicated in around 60 percent of all trade secret theft cases. This continued economic belligerence runs contrary to the values and norms that facilitate the success of our industries and countering it remains among our highest priorities."

You're Not Being Told The Truth About The Breonna Taylor Case