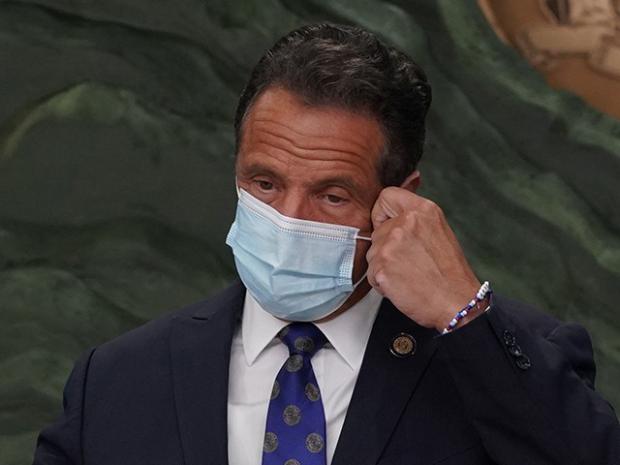 Gov. Andrew Cuomo is begging wealthy New Yorkers to return to the city to save it from economic ruin while fighting off calls from other lawmakers to raise their taxes - a move he fears could permanently drive the top 1 percent out of the city.

Thousands of New York City residents fled Manhattan and Brooklyn earlier this year when the city was the COVID-19 epicenter of the world.

Many flocked to their second homes in the Hamptons or upstate, while others rented or bought new properties, abandoning their expensive city apartments.

Now, six months on with no end to the national nightmare in sight, many are laying down permanent roots. While New York has overcome its battle against the virus, the rest of the country - where lockdown rules have been far more relaxed - is seeing a resurgence.

It is preventing New York City from resuming its normal activity because Cuomo fears a second spike in cases will happen if people from worse-affected states travel in and infect residents again.

At a press conference on Monday, he said of the wealthiest residents who have long left the city: 'I literally talk to people all day long who are in their Hamptons house who also lived here, or in their Hudson Valley house or in their Connecticut weekend house, and I say, "You gotta come back, when are you coming back?"

'They're not coming back right now. And you know what else they're thinking? If I stay there, I pay a lower income tax because they don't pay the New York City surcharge,' he said.