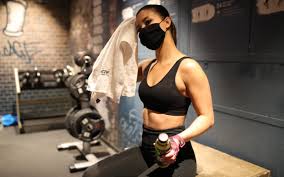 What Happened: A recent study published in the Journal Medical Hypothesis titled "Exercise with facemask; Are we handling a devil's sword? – A physiological hypothesis" claims the following:

Further, poor saturation of haemoglobin would be anticipated due to increased partial pressure of CO2 at higher exercise intensity [19]. Fig. 2 demonstrates the extreme right shift of the oxyhemoglobin dissociation curve, which would be higher than that expected during exercise. This acidic environment would unload O2 faster at the muscle level, but due to higher heart rate and reduced affinity at the alveolar junction, the partial pressure of O2 would substantially fall, creating a hypoxic environment for all vital organs. 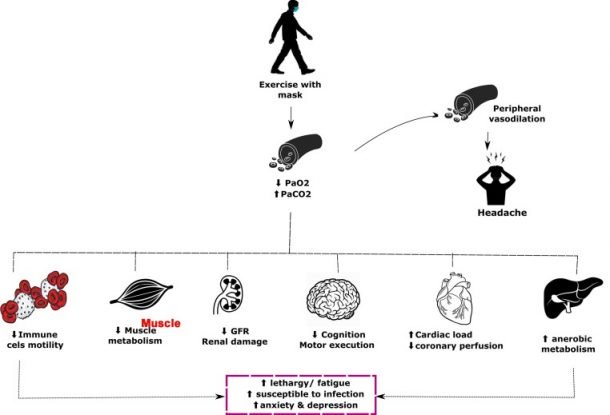 In the figure below, the authors present a dissociation curve that "is showing the extreme right side shift with the carbon dioxide rebreathing (PaCO2) and inadequate available Oxygen (PAO2). Red dotted lines show the right shift of the curve due to exercise without masks (↑PaCO2, PH and temperature). Violet dotted lines show the extreme curve shift during exercise with masks (↑↑↑↑PaCO2, PH and temperature). (For interpretation of the references to colour in this figure legend, the reader is referred to the web version of this article.)" 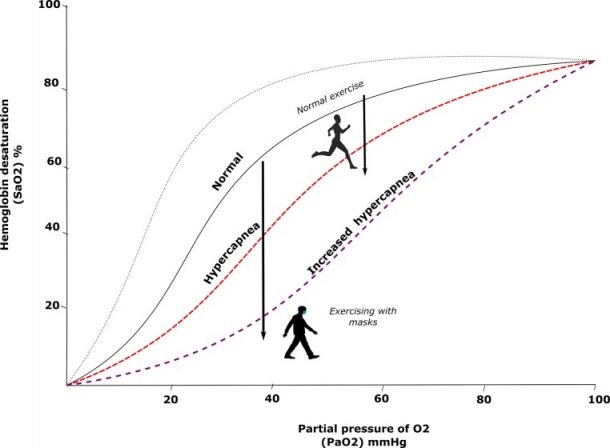 What's the Connection between Sleep and Alzheimer's Disease?