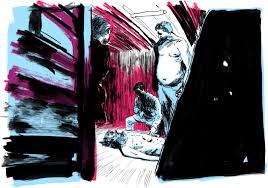 In fact, better yet, first watch Seasons 1 and 2 of Narcos: Mexico on Netflix. That will get you better set for watching The Last Narc. But if you just want to watch The Last Narc only, that is sufficient.

All three series tell the story of Kiki Camarena, a 37-year-old DEA agent assigned to work in Mexico during the 1980s. In 1985, Camarena was kidnapped, brutally tortured, and then executed.

The Netflix series details the background of the case and how this horrendous crime unfolded. The Amazon Prime series provides the real backstory of what happened to Camarena and why.

On the face of it, it would appear that Camarena was kidnapped, tortured, and killed because he was responsible for discovering and destroying a massive marijuana plantation in Mexico that cost the drug cartel billions of dollars.