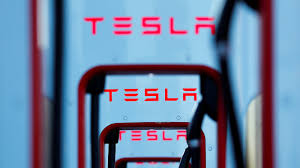 There are only so many "positive news" levers a company can pull in the absence of consistently turning a legitimate profit: stacking up receivables, releasing and taking deposits for "new" products that may not ever materialize, pulling borrow and securing the float while mysterious out of the money call option purchases go off daily, selling regulatory credits to claim profitability while your core auto selling business loses money and adjusting warranty reserves to gear your accounting are a few examples.

This box of tricks, inclusive of most everything aside from just being a consistently profitable company, includes very few tactics that Tesla hasn't tapped. But today, the company pulled one more rabbit out of their hat with the announcement of a 5-for-1 stock split.

And to prove the market has reached hysteria, Tesla's market cap is up by about $16 billion after hours. A stock split, of course, does nothing to add equity or value to a company - instead, it just multiplies the number of shares outstanding and divides the company up into smaller parts.

Of course, those "sophisticated" enough to be buying shares in Tesla at a $250 billion valuation may not realize this - as they have added nearly half of General Motors' market cap to the company in the after market session on the news.