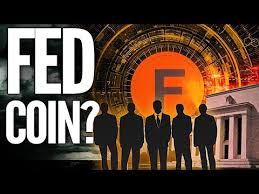 One week ago, we published a remarkable interview with two former Fed economists - Simon Potter (who was also the former head of the Fed's Plunge Protection Team for many years) and Julia Coronado - who have tremendous impact and influence on prevailing thinking at the Federal Reserve, and who hinted at the Fed's last ditch reflationary strategy: wiring digital money into Americans' financial apps, bypassing the reserve system entirely, and sparking an inflationary conflagration. As we said last Monday, "the two propose creating a monetary tool that they call recession insurance bonds, which draw on some of the advances in digital payments, which will be wired instantly to Americans."

"One of the issues Congress had in passing the Cares Act is identifying who's got mainly tip income, who doesn't have sick days. If society wanted, you could use large datasets to direct fiscal transfers to those people." - Bloomberg Interview with Coronado And Potter

And while this idea may have seemed absolutely ludicrous as recently as just one year ago, the fact that the just as ludicrous Helicopter Money is now de facto policy means that direct deposits of cash by the Fed into individual accounts is becoming increasingly probable, the only thing missing is the "digital currency" that would be used by the central bank.

Addressing this issue, on Thursday afternoon, Federal Reserve Governor Lael Brainard hinted once again at the coming monetary revolution when she said that the Fed is studying the opportunities and challenges presented by central bank digital currencies.