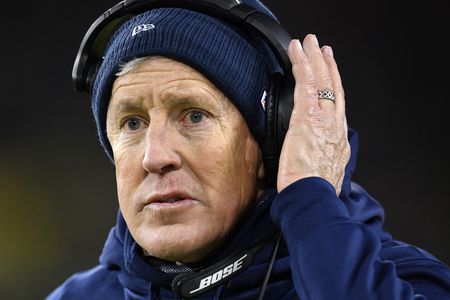 The Seattle Seahawks cut rookie player Kemah Siverand after he was caught trying to sneak a female visitor into the team hotel.

The rookie cornerback had been caught on video trying to sneak the guest into the hotel, where the team is on lockdown due to COVID-19, the NFL Network reports.

Siverand is said to have had the woman wear gear from the team in an attempt to disguise her as one of the players.

The 23-year-old went undrafted out of Oklahoma State, receiving a $2,000 signing bonus.

The bonus was tied for the third-smallest bonus the 17 among undrafted free agents signed by the team.

NFL training camps started late last month after the league and the NFLPA finalized agreements on health protocols in the midst of the pandemic, Seattle Post-Intelligencer.

The team, based in the city that was once the epicenter of the virus, has done an exceptional job at best implementing policies to keep players safe.

Head coach Pete Carroll praised the likes of Russell Wilson and others leaders in the locker room for keeping the majority of the team in check.