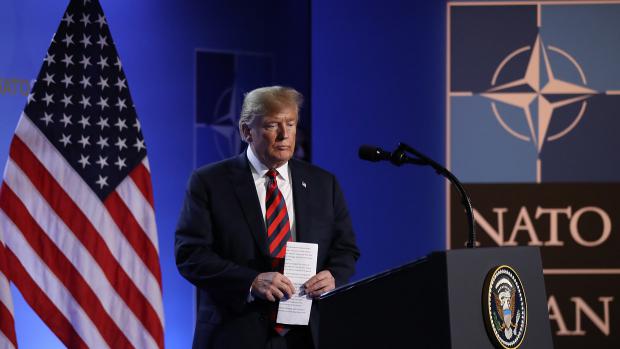 One reason for the extraordinary hostility of the foreign policy insiders' brigade toward President Trump is that he has not wasted his time conjuring up new missions to justify NATO's continued existence.

Instead, he has promised to withdraw 12,000 US troops from Germany and, to add insult to injury, he has demanded that NATO member states increase their financial contributions toward the upkeep of the military alliance ostensibly there to "protect" them.

This is sacrilege to a foreign policy elite that have spent the last 70 years worshiping at the altar of NATO.

Former National Security Adviser Susan Rice expressed alarm about the "continued erosion of confidence in our leadership within NATO, and more efforts that call into question our commitment, and more signals to the authoritarians within NATO and Russia itself that this whole institution is vulnerable."

Trump, according to Nicholas Burns, former US ambassador to NATO and current adviser to Joe Biden, has cast America's military allies primarily as a drain on the US Treasury, and he has aggressively criticized Washington's true friends in Europe—democratic leaders such as France's President Emmanuel Macron and Germany's Chancellor, Angela Merkel—even as he treats Vladimir Putin, Xi Jinping, Kim Jong Un, and other 'authoritarians' around the world with unusual tact.